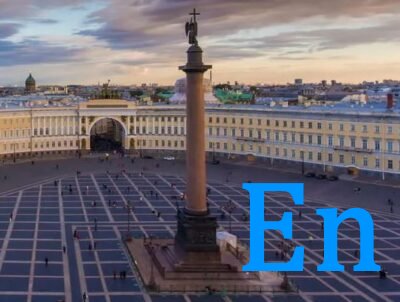 Palace Square Дворцовая площадь is located in the historical center of the northern capital – Saint Petersburg. It owes its name to the Winter Palace, south facade of which borders the square. The architectural ensemble amazes with its grandeur and beauty, includes monuments of world importance:

The main square of St. Petersburg as part of the historical center of the city is included in the UNESCO World Heritage List.

The history of Palace Square begins a year after the founding of the fortress of St. Peter Burkh on Hare Island. On the opposite bank of the Neva in 1704, was laid the Admiralty shipyard, fortified by artillery. A dense forest in front of the fortification was cut down for targeted fire in case of an enemy attack.

Over time, the danger of an enemy attack receded. The Admiralty lost its importance as a fortress. Part of the open space was occupied by warehouses, part by the Sea Market. The rest of the site was overgrown with grass and in 1736 was named Admiralty meadow. This is the first name of the Palace Square.

During the rule of Anna Ioannovna, celebrations were sometimes held on the territory of the meadow. In temporary pavilions, the common people were given food and entertainment with fireworks. Building materials for the Winter Palace were also stored here. Military units performed maneuvers. The imperial cattle roamed freely in the meadow.

In 1753 F. Rastrelli was the first to create a project for a palace plot of land. He presented a version of the Winter Palace and the square as the center of the capital.

In 1765 the competition committee approved A. Kvasov’s plan for the architectural reconstruction of the square.

Since 1766, it was called the Palace. Kvasov designed the geometric border of the square in the west and rounded it to the north. Winter Palace remained the dominant foundation of the entire complex.

Opposite it, buildings built like an amphitheater gradually appear:

At the end of the 18th century, between these buildings and the palace, the guard guards were replaced, folk festivities were held, as under Anna Ioannovna. In 1819-1829. K. Rossi is finally planning the appearance of the square. In place of the existing buildings on the southern side, two buildings of the General Staff appear. They are connected with each other by the Arc de Triomphe – a majestic structure to the glory of Russian arms. Since 1834, the square has been decorated with the Alexander Column – a monument to the victory over Napoleon. Now Palace Square has acquired a ceremonial appearance and has become the venue for military reviews. The architectural ensemble looks the same today as it did in those days.

At the beginning of the 20th century, Palace Square is a witness to Bloody Sunday and the October Revolution.

Since 1918 the square bore the name of Uritsky, one of the leaders of the storming of the Winter Palace. Palace Square remembers the Soviet era – demonstrations, theatrical processions of communist themes.

In 1924, the figures of “living chess” were represented by the soldiers of the Red Army and sailors of the Baltic Fleet. The game was played by the champions of the USSR Romanovsky and Rabinovich. The city residents repeated the historic match in the summer of 2014.

In the fall of 1941, they wanted to place a fighter aviation regiment on the square. But for the construction of the airfield it was necessary to cut down the Admiralty Garden and remove the Alexander Column. The idea was abandoned, even the military necessity did not force it to harm Leningrad.

In the 70s. In the 20th century, the memorial site was reconstructed, diabase paving stones were laid, and lamp posts were recreated. Today, not only military parades are held on Palace Square. The City Day is celebrated with success, concerts and sports competitions are held. 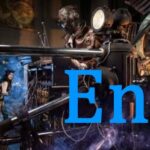 Next:
Museum of untruth – Saint Petersburg