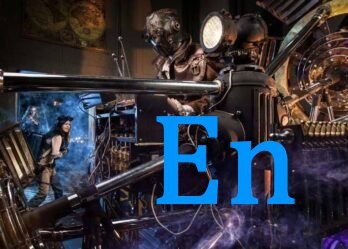 A person searches for light and finds it along with the shadow. Музей неПравды Knows the truth and the lie at the same time. Curious by nature understands that fiction and fantasy in the world are closely intertwined with reality. Every thing has two sides, and one does not exist without the other. Just look at the world in a new way. And something unusual will open up. Museum of untruth St. Petersburg – an unusual view of events in the history of mankind. This is a combination of two creative methods – fiction and science.

The idea to open a unique Museum came from the Creator of interactive theaters and quests Dmitry Mironov. He has worked in the USA, Germany, and the UAE. But in the quest format, you can’t tell multiple stories at once. Books, myths, and riddles became a source of inspiration for Mironov. He developed a large-scale plan for organizing the Museum. In 2017 it was viewed with satisfaction by investors. Dmitry carefully chose the platform for his “untruth”. The choice fell on the building of the XIX century in the center of St. Petersburg on Sadovaya street. In 2018, the Museum’s exhibits were placed on three floors of the underground storage of the former mutual credit Society. Masters from all over Russia worked on the project. Specialists from Skolkovo, St. Petersburg’s Technopark and Lenfilm helped create the Museum space. Almost a third of the exhibition consists of interactive art objects. The technocratic interior complements the mysterious image of the Museum. Parts of the mechanisms and decorations are made in the style of steampunk-fantastic technology and art associated with steam energy of the XIX century.

The most mysterious Museum in the Northern capital offers an alternative history of the world. Even to visit an altered reality. Guests will get an explanation of well-known facts from a different point of view. The Museum of untruth tells a fascinating story: More than 100 exhibits are presented to visitors with amazing meaning. They introduce versions of historical events and mystical phenomena. Expositions were created initially for adults. But full of enthusiasm shown by the children. They are 100 % sure that all the artifacts are real. Behind the thick Bank door, tourists are met by the goddess fortune. A talking head will tell you in a sweet voice that the world is not what it seems. The semi-darkness, noise and sounds of cars immerse you in the atmosphere of steampunk style and mystery. There are 1-2 hours of viewing exhibits dedicated to various topics: The room with the time machine once held diamonds, furs, and gold. During the building’s existence, this room was never opened to the public. The device impresses with its realism. The mechanic assembled it without a single drawing. A tank headlight, levers, timer, moving gears and steam will assure the person that the car is real and time travel is possible. Move to the past or the future should be careful. Be sure to protect your mind with a special helmet. The heavy – in the future, take it easy in the past. The Museum of untruth has artificial intelligence. In ancient times, the scientist transferred his consciousness to the computer. It won’t take long to talk to the hologram. Shamanism and anthropology – everyone will find something to their taste. You can take a magic lesson. This will help the book of spells and the witch’s suitcase with jars and phials.

The curators of the Museum are sure that visitors need more than just a traditional exhibition within the framework of education. A modern Museum space should have an entertaining effect. Guests interact with many objects. Do the exhibits mislead or reveal the truth? It’s up to everyone to decide whether to believe it or not. As Adriano Celentano said: “I love listening to lies when I know the truth.” Most importantly, this building and collection of unusual items will not leave anyone indifferent. Someone will remember their childhood; someone will make a discovery for themselves. There is something to think about and something to smile about. 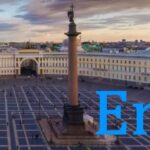 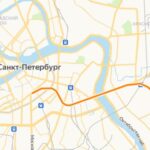